Is Messi The Best Player Alive? is our today’s topic. The debate about the best soccer player has always existed, and there will always be more than one player that people think is the best. This was the case with Pele and Maradona for a while, and then Christiano Ronaldo and Lionel Messi took the spotlight for 15 years. They are probably better than those that used to play a few decades ago because there are official stats to support these two players.

One thing is for sure; you won’t be seeing Ronaldo among the champions league predictions because he won’t play for a team that is qualified for the round of 16 of 2023. There’s a big chance that he won’t return to a club that will join the CL in 2025 because he is more close to retirement.

On the other hand, Lionel Messi was in the shadow of Ronaldo for a while but mostly because Christiano got more exposure in the media. The biggest debate is in their play style, where a lot of Messi fans consider him a skillful player instead of a goal scorer.

Is Messi The Best Player Alive? 2023 Best Info With Details 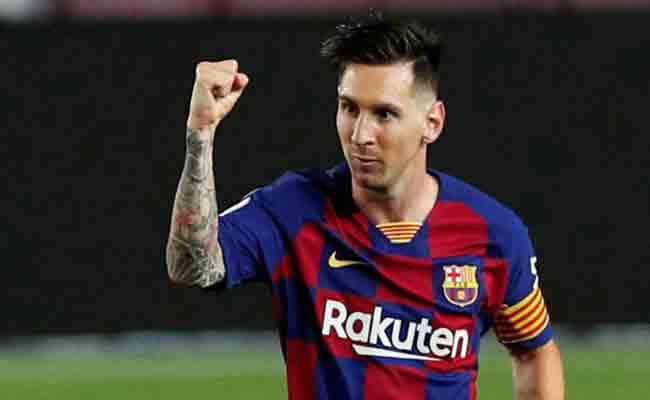 World Cup in Qatar actually showed who should be the best player alive because Lionel did what everyone expected from him, which is to win the only trophy he needed. With the most Ballon d’Or won, the is definitely the best, but there are younger players that may take his spot.

This could also be seen in the Cup, where Mbappe did an amazing job with France, finishing in second place, but he managed to score 3 goals in the finals. Mbappe took the trophy for the most goals in the WC, but that’s not what he expected.

Ronaldo went home early, which was the perfect time for Messi fans to already exclude him from the spot players ever. But, Qatar wasn’t the main place where Ronaldo showed that he lacks the energy and skill that he had before. This started back when he joined Manchester United again and failed to do anything significant for the team.

Even though Ronaldo has more international games and more goals, it seemed like he was too old to keep up with other great players that played in the 2022 Cup. He has over 100 goals, while Messi is just reaching 100. But, Lionel is bigger on assists and has fewer games played which will definitely change in the upcoming years.

The only player that might reach their level is Kylian Mbappe, who is already the best to many PSG fans. He’s still young and has a lot of games ahead, but it will take him a decade on the highest level to do everything they did.

Mbappe will probably reach the 100-goal mark for France in the upcoming years but it will be difficult to get 700 goals for the club both Ronaldo and Messi have. Many people think that Haaland could be his rival, but Haaland doesn’t have a team that can support his play style. Manchester City is strong, and one of the favorites for the CL title, but Norway isn’t in good hands.

For How Long Will Messi be the Best?

This will depend on the young players and their ambitions because some of them are overwhelmed by the attention and importance they have, like Mbappe. Even if some fans think that Haaland is better, he is also humble compared to Kylian, which is a huge thing for any player.

This can be compared to Neymar and other top-tier players that don’t have as many fans just because of their behavior. So, another factor that should be included when it comes to choosing the best player is the number of people that love watching them.

This is why Haaland has a great chance against Mbappe and why Messi will never be compared to Neymar or similar players. Even younger players than Kylian and Haaland will have great chances to reach these heights because a lot of them are joining the main teams from a very young age.