Colt Mccoy Given The Greenlight To Start Against Falcons As He Is Out Of Protocol is our today’s topic. McCoy has been cleared from the concussion protocol and will start Week 17 against the Falcons for the Cardinals as fans explore the NFL, and NHL picks today.

After Kyler Murray suffered an ACL injury in Week 14, McCoy assumed the center position for Week 15. In Week 16, he had a concussion and was unable to play. McCoy has only participated in one official practice since then.

Last Friday, he was limited, but now that he has been released from the head injury protocol, he will be able to participate completely going forward. Due to this, he will once again be the Cardinals’ starting quarterback, displacing Trace McSorley to the No. 2 position. 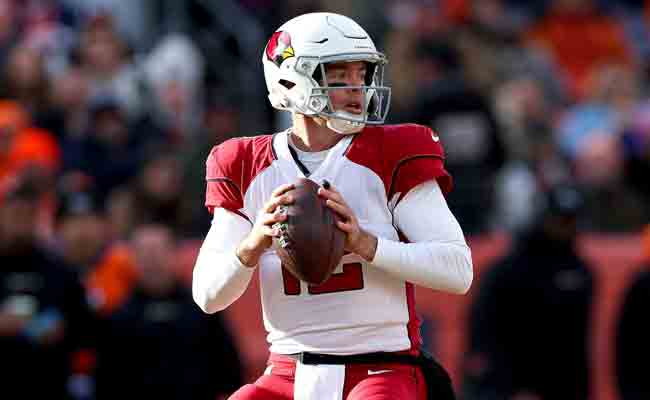 Marquise Brown and DeAndre Hopkins, who catch passes for the Cardinals, are happy to see McCoy return because Trace McSorley is not available to throw them passes.

The Cardinals will perform significantly better with McCoy returning, but it may be risky to start Arizona receivers this week in fantasy football.

McCoy has only thrown one touchdown and three interceptions this season; therefore, since the Cardinals will be focusing on the run in the coming weeks, James Conner is likely the greatest Cardinals player to have on a fantasy squad. On the other hand, the Falcons have a poor pass defense, which this week’s lineup decisions should consider.

Colt was Injured Against Broncos

Sunday’s 24–15 victory over the Arizona Cardinals ended a three-game losing slide for the Denver Broncos. At the beginning of the season, everyone anticipated a big game between Russell Wilson and Kyler Murray, but it never occurred. Instead, the backup quarterback won the game, and the defense again performed well.

The Cardinals received the ball to begin the second half, but quarterback Colt McCoy was injured while attempting to gain a first down three plays later. According to the team, he is being evaluated for a concussion and will miss the remainder of the game.

McCoy was offered a trolley ride to the dressing room, but he declined and walked there alone. Trace McSorey, the third-stringer, took his spot.

Kyler Murray had already left the Cardinals. On Sunday, his replacement, Colt McCoy, suffered a concussion and was forced to leave the game.

So, after the Cardinals were eliminated from the playoffs by a 24-15 loss to the Broncos on Sunday at Empower Field at Mile High, Watt spoke with his teammates and told them the truth.

“I told the boys the truth after the game,” Watt stated. “Listen, I told him, the circumstances are as they are. We failed not to qualify for the playoffs, and things are difficult. You must act professionally and assume responsibility as a man and player. You are not only participating in these final three games for this team, but you are also filming for next season.’

On the same play, right tackle Kelvin Beachum had a knee injury and had to be removed from the game. Cody Ford has assumed his position on the offensive line, which has been plagued by injuries all season.

Arizona did score on its next series, and Matt Prater’s third 55-yard field goal of the game extended the Cardinals’ lead.

Cardinal Have a Mountain To Climb

Since Bruce Arians’ departure, the Cardinals have severely lacked direction, definition, and leadership. There doesn’t seem to be a defined idea, identity, or long-term plan. Only three times in their 102-year, three-city history have the Cardinals lost 13 games in a single season.

It would also be the second time in the last four seasons, which says a lot about the current general manager.

The Cardinals have a sour disposition. Due to many difficulties, 2022 was one of the worst seasons for the franchise. It is far past time for a cultural shift.

The Arizona Cardinals are no longer in contention for an NFC playoff berth. Their loss to the Denver Broncos by a score of 24–15 eliminated whatever mathematical chance they may have had.

The Cardinals inhabit a universe where the draft position is the most important factor and where victories seem like defeats and defeats are a source of pride.

In this regard, the Cardinals’ loss against the Broncos on Sunday was the best possible outcome. Their tenth loss of the season places them ahead of the Denver Broncos in the forthcoming selection order based on head-to-head competition.

This is especially crucial in Arizona since the Broncos owe a 2023 first-round pick to the Seattle Seahawks, an NFC West team still in playoff contention